Beauty and the Beast is another massive success for Disney, continuing to prove that audiences will turn out in force for live-action adaptations of their favorite Disney animated classics. Although the reviews for the film have been mixed, and call it out for being visually stunning but a little bit hollow, most fans have fallen in love with this Disney princess all over again. At the box office, the film has been raking it in, with a $16.3 million Thursday night, and an opening weekend that broke March box office records.

In the wake of all that success, the tale as old as time has hit another ticket sales milestone. The film managed to surpass the box office take of the movie that inspired it in a just five days’ time.

As reported by The Wrap, Beauty and the Beast has now managed to pull in a whopping $428 million globally so far, and is set to pass the $500 million mark by the end of the week. This puts it past the global box office totals for the original animated version of Beauty and the Beast, which earned $425 million between the original release in 1991 and the IMAX and 3D re-releases in 2002 and 2012.

This box office success for the film may not be a surprise, but it’s certainly impressive nonetheless. It is now the fifth film to earn more than $200 million (domestic) in five days, with a domestic total of $219 million. The film also opened in many of the key foreign markets at the same time as it did in the U.S., including China, Russia, Brasil, Spain, Mexico, and the U.K., which has obviously helped to boost global box office sales. This should see another jump over this weekend, as the film opens in France and Belgium today, as well as in Australia, Hungary, and Israel tomorrow.

The film is still on track to out-sell its animated counterpart even when taking inflation into account the original $425 million would translate to around $760 million today, which the film is still set to surpass. It may even manage to top the record-breaking Frozen, which raked in $1.27 billion.

This is phenomenal news for fans of Disney’s live action adaptations, as it all but guarantees that many more will be on the way soon. It is already known that Mulan, Aladdin, and Dumbo are in the works, and should these movies continue to do as well as Beauty and the Beast and its predecessors, we may well see almost the entire animated back-catalog return to the big screen. 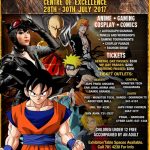 AEX 2017: The ApocalypseUncategorized
Watch the teaser for Lifeless Moon, the ‘spiritual successor’ to Lifeless Planet!Uncategorized