Rumors surfaced earlier this week of a 16-core/32-thread Ryzen processor headed to the enthusiast consumer space. At the time, it was reported the chip would run at 2.4GHz to 2.8GHz, though there’s a new rumor pointing at much faster clockspeeds.

According to TechPowerUp, there are reports of engineering samples having a 3.1GHz base clockspeed and a 3.6GHz boost frequency. Assuming that’s true, the unreleased/unannounced part becomes much more interesting, rather than standing out as the only Ryzen chip to run slower than 3GHz.

When you’re dealing with this many cores and threads, clockspeeds often take a backseat in favor of workloads that are heavily threaded. However, if this chip is AMD’s answer to Intel’s Haswell-E and Broadwell-E parts, it might be difficult to pitch an alternative CPU with base and turbo clocks in the 2GHz range. It’s now looking like that won’t be a concern.

The 16-core chip in question is said to be a cut-down version of Naples, which is a beefed up version of Ryzen for the server market. It’s said the upcoming part will feature a new socket and X399 chipset featuring quad-channel memory support. It would be AMD’s answer to Intel’s X99 platform, and in a similar fashion it would borrow elements from the workstation/server platform.

While nothing is official, if AMD is creating a new platform it’s hard to imagine there being just one processor for it. And if that’s the case, it’s not inconceivable that AMD would release 12-core or, going in the other direction, CPUs with more than 16 cores.

Our CPU editor Jarred notes that going 16-core won’t really help with one of Ryzen’s main issues, the separate L3 caches on each CCX. That appears to be the main culprit in AMD’s less-than-expected gaming performance, with half the L3 cache having much higher latency. Any time a thread migrates to a different core on the other CCX, performance can (and will) suffer. A 16-core processor with a 32MB (or even 64MB) L3 cache doesn’t fix that problem, but if you’re running a heavily threaded workload, Ryzen has shown great scaling so far.

If the rumors prove true, expect 64 PCIe Gen3 lanes off the CPU as well. That opens the doors to some very interesting workstation builds, which is arguably the best place for this sort of system. It could definitely eat into Intel’s workstation market. 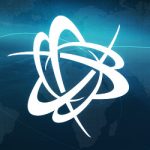 Battle.net Is No More, As Blizzard Renames Its Launcher AppUncategorized 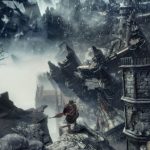